There are times when an animal comes along that inspires us to be much better versions of ourselves. He is strong and stoic despite his own pain reminding us of the trivial nature of our perceived challenges. He loves unconditionally even when fear tells him he should withdraw or attack. Meet Knight.

This incredible creature has blessed the lives of volunteers as well as the veterinary staff at our partner hospital far more than we could have enriched his own. Was Knight always an indoor/outdoor cat? Did someone put him outside to fend for himself? We have no idea. What we do know is that he was struck by a car and dragged across the pavement before the car finally stopped to give Knight the opportunity to free himself. One leg was broken in multiple places. The pavement had ripped most of the skin off on the inside of the other leg exposing the knee joint to the naked eye. Most of the hair was torn from the skin on the lower half of his body. The caring staff at the animal control facility immediately went to work upon intake. They amputated the leg that could not be saved and began treating him with antibiotics hoping that the other leg would heal. There was suspicion it was broken as well due to Knight’s unwillingness to use the leg. A plea went out to rescues to help Knight and Pippi’s Place could not look away.

Knight’s wounds required extensive care including daily dressing changes and the application of wound cream, multiple oral antibiotics to prevent infection, and pain medication administered multiple times per day. The dressing changes were excruciating. Knight would lay very still only sometimes producing a low growl to let his caregiver know that he was in pain. His caregiver would sing to him to reassure him. When the dressing change was done, Knight’s caregiver sat close to him to comfort him with pats and words of encouragement. Knight have her a kiss by licking her softly when she put her face to his. He would then root his head into her hand to express his appreciation for her love. We are thrilled to report that dressing changes are no longer needed and his meds are finished!

Knight is a healthy boy waiting patiently to be cleared by the vet for adoption in the next few days. Knight is using his remaining back leg hopping across the room when it is time to eat and getting faster every day! He LOVES his food, especially stuff with lots of gravy…LOL. After weeks of using makeshift box tops to go potty, Knight is now hopping into a regular litter box and using it like a champ. He is the most loving boy gladly lounging in his foster mom’s lap or right beside her to receive affection. He adores light scratching under the chin or just behind his ears. He gets along well with other cats in the foster room touching noses when he meets a new friend. Knight is protective of his newly healed leg growling if other animals choose to approach him from that side. Knight’s hair is still growing back on the lower portion of his body. We expect him to have a full coat in due time.

It will be hard to say goodbye to our little friend when he meets his forever family. He has reminded us of why we invest so much of ourselves in rescue work. We do it for Knight and all of those like him who want to live on so that they may share their own light of love.

If Knight’s story touches your heart, come meet him today. He will fill your world with joy just as he has filled ours. 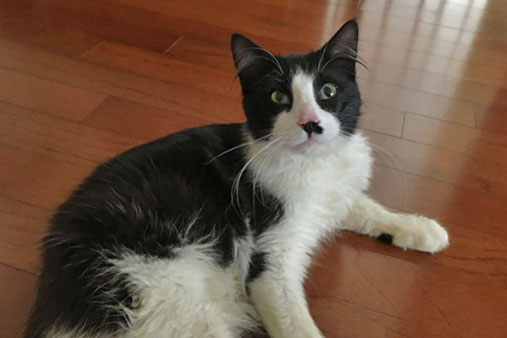 Hi! My name is Alex. I love to play! Sometimes, I see things that nobody else sees (I am perceptive like that!) so I do this funny little leap propelling off of all 4 paws and then land again. The volunteers think it’s absolutely hilarious! It is great fun to slap and chase balls across… 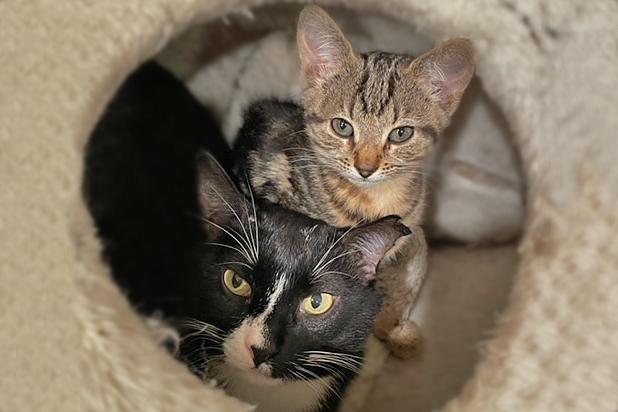 Pippi’s Place light of love is on for the kitties needing time to feel confident enough to share their own light. 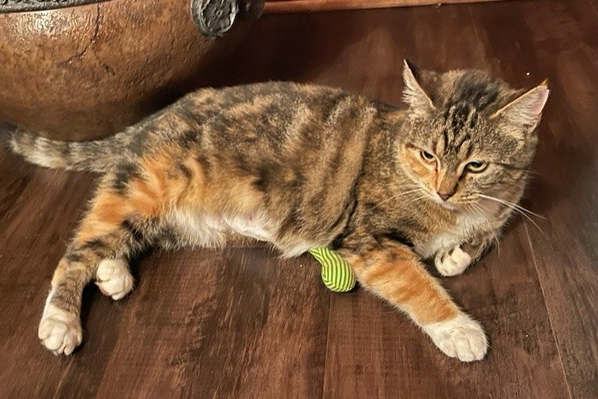 Meet gorgeous Penny! Her coat is the color of a shiny copper penny mixed in with some brown and grey tones. Simply lovely! Penny came from a difficult situation. Her family had become homeless so she was living in a car with them. They loved Penny but knew this was not the life for her… 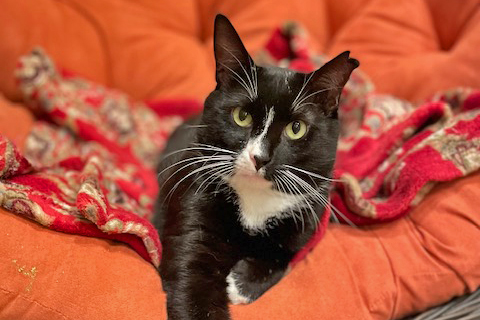 Hi! My name is Max. There are a few things that I would like for you to know about me. 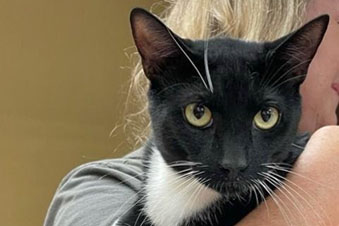 Meet King Louie!! He is a precious 2-year-old POLYDACTYL young man. His favorite spot is relaxing at the top of the cat tree. Of course, all of that changes when human companions enter the room! King Louie absolutely loves to be held and receive pets. He will be fine as an only cat or with… 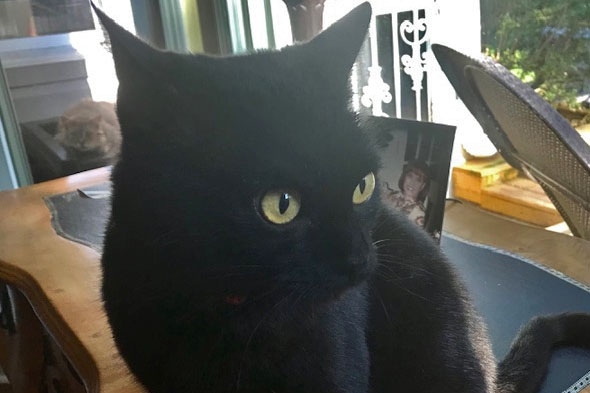 Meet Licorice!  This precious little lady is aptly named as her sleek black coat is the color of midnight just like the candy itself.  Her personality is just as sweet…totally loveable and affectionate!  Licorice talks and follows her person around like a puppy at times.  She is also just fine laying in her favorite spot…